Virginia’s gun laws are complicated. Our commonwealth is an open carry state, which means that people in our state are allowed to carry a handgun in public if it is visible. 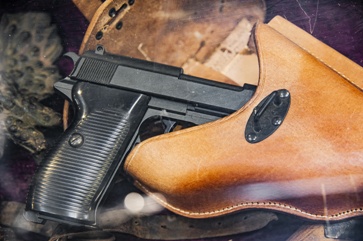 However, it is illegal to carry a concealed weapon unless a person has a permit. If they do not have a permit or violate the requirements of their permit when carrying a hidden weapon, they could face criminal charges and harsh penalties if convicted. Here’s what you need to know if you or a loved one is charged with carrying a concealed weapon without a permit.

What Must Be Shown to Convict Someone of Violating Virginia’s Concealed Weapon Law?

Under Virginia Code §18.2-308, it is a crime for an individual to carry a weapon about their person that is hidden from common observation without a valid permit. To be about their person, a weapon must be readily accessible for use.

There are many weapons covered under the concealed weapon statute that require an individual to obtain a permit to carry them while hidden. Weapons included under the law include:

There are a number of exceptions where a person can legally carry a concealed weapon without a permit.

What Are the Penalties for Carrying a Concealed Weapon Without a Permit?

Carrying a concealed weapon without a permit can be charged as a misdemeanor or felony. If convicted, a person can be punished as follows:

If you are arrested for carrying a concealed weapon without a permit, you face serious punishments and long-term consequences of having a permanent criminal record. You need the help of an experienced criminal defense lawyer to protect your rights and develop a strong defense to fight the charges you face. To learn more about how we can help you get the charges dismissed or reduced to a less serious office, start a live chat to schedule your free consultation today.