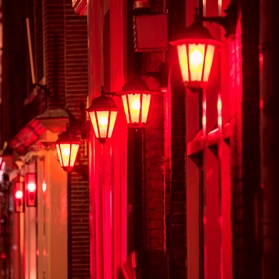 Prostitution is a sex crime in the Commonwealth of Virginia. If you are convicted of one of these offenses, you face harsh punishments and will have a permanent criminal record. However, you may be able to avoid these severe consequences if you retain an experienced criminal defense lawyer to mount an aggressive defense to fight the charges you face.

In our state, prostitution is a misdemeanor offense. The most common prostitution charges involve the following crimes:

Penalties of Prostitution Crimes in Virginia

Prostitution, solicitation of prostitution, and aiding prostitution are charged as a Class 1 misdemeanor in our state. If a person is convicted of one of these offenses, they could be sentenced to up to 12 months in jail and a fine of up to $2,500.

In addition, they would have a permanent criminal record. This can limit their ability to obtain a job, housing, education, and more. Even being charged with this crime could cause an individual to have problems in their marriage, feel public shame, and result in termination of their job.

Are you facing prostitution charges in Virginia? You may have defenses that can help you beat the charges—even if you are guilty. To find out how we can defend you, contact our Manassas office or call 888-DUI-LWYR to schedule your free consultation today.