Can I get a Public Defender or Court Appointed Attorney to Represent Me on My DUI Case in Virginia?

Maybe.  Whether the situation is one in which the appoiontment of a Public Defender or Court Appointed Counsel is appropriate depends on the nature of the charge and the person's financial status.

In addition to the charge itself being one for which the accused is facing jail, only those deemed to be indigent are entitled to have a lawyer appointed to handle the case.  Virginia has strict financial guidelines for determining whether someone is eligible to have a Public Defender or Court Appointed Lawyer and those seeking appointed counsel must fill out a financial questionnaire regarding assets, and do so under oath and penalty of perjury. 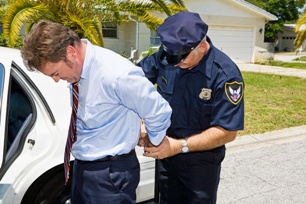 On the other hand, private Virginia Court Appointed lawyers are not government employees, but rather lawyers who work in the private sector and have agreed to represent indigent criminal defendants in Virginia for embarrassingly low compensation.  For example, a private Court Appointed Lawyer who handles a Class 1 misdemeanor criminal case in the General District Court will routinely be paid only $120.00.  If you think that's bad - consider this:  a private Court Appointed Lawyer who handles a murder case, for which the client might receive a sentence of imprisonment for life, may be paid as little as $1,235.  (See VA Code 19.2-163)  When the fee for Court Appointed representation on a very serious felony offense such as murder is less than many lawyers charge for a simple, routine misdemeanor offense, one can't help but wonder about the quality of the representaion provided.  As you may have guessed from these figures, Virginia has long been at or near the bottom of the list in terms of compensation for Court Appointed Counsel.

If you are accused of an offense in Virginia for which you could be sentenced to jail and you would like to be represented by appointed counsel - whether a Virginia Public Defender or a private Virginia Court Appointed Attorney - you will need to go to the court and provide the necessary financial information to see if you qualify for the appointment of counsel.

A Virginia DUI Attorney Fights For You

Of course, understanding the seriousness of the situation and the possible life changing consequences, you may decide to do whatever it takes to hire the lawyer of your choosing rather than seeking appointed counsel.Call toll free at (800) DUI - LWYR or (703) 361-6100 and get your legal questions answered. We will fight hard for your rights. Also, download your FREE copy of DUI/DWI Arrest Survival Guide - The Guilt Myth, written by attorney T. Kevin Wilson.