What are tuning forks and how are they relevant to my reckless driving defense? 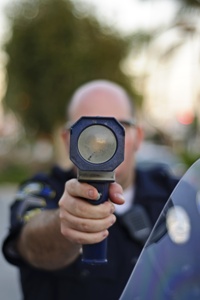 Tuning forks are two-pronged metal forks that are most commonly used as a pitch standard to tune musical instruments. However, they also play a key role in ensuring the accuracy of a police officer's radar readings.

How Are Tuning Forks Used by Law Enforcement?

Tuning forks are used to calibrate the radar guns officers use to track speeding vehicles. The officer is supposed to calibrate the radar device at the start and end of each shift to make sure it is producing accurate readings. The tuning fork itself is supposed to be calibrated every six months to make sure it is producing a frequency equivalent to that of a vehicle moving at the targeted speed.

How Does This Affect Your Reckless Driving Defense?

The most common scenario in which tuning forks become a crucial piece of evidence is when you've been charged with reckless driving by speed for going more than 20 miles per hour over the legal speed limit or over 85 miles per hour regardless of the posted speed limit. Virginia law says a tuning fork calibration is only valid for six months. If the calibration occurred more than six months before the date of your stop, the attorney can use this evidence to support your defense.

For the calibration to be valid, the tuning fork serial number must be listed on the calibration certificate. Ideally, the serial number should also be listed on your reckless driving ticket.  Different types of radar devices can use different frequencies, so it's vital that an officer be able to establish which tuning fork was used to verify the accuracy of the radar.

If the officer can't provide sufficient evidence that the tuning fork calibration is accurate, this casts doubt on the accuracy of the radar reading. If you were ticketed as being only slightly over the limit for a reckless driving by speed charge, this doubt is often enough to get your charge reduced or dropped. To learn more, call today to schedule a free, no-obligation case review with Virginia reckless driving attorney T. Kevin Wilson.