If you are found guilty or plead guilty to a felony in Virginia, the judge in your criminal case will sentence you. The penalties you face will be based on Virginia’s sentencing guidelines. 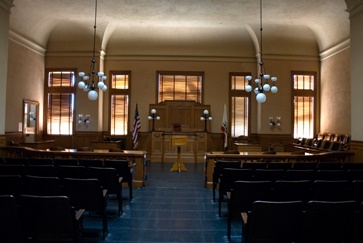 The best way to avoid the harshest punishments you may face is to hire an experienced criminal defense lawyer. They may be able to negotiate a favorable plea agreement with the prosecutor where the charges against you are reduced or convince the judge to give you a more lenient sentence. As you are considering your options in your criminal case, you need to understand how sentencing guidelines work in Virginia.

What Are Sentencing Guidelines in Virginia?

Virginia Code §19.2-298.01 outlines the use of sentencing guidelines in the sentencing phase of felony cases. It requires the judge to consider a sentencing guideline worksheet and a list of minimum and maximum sentences for felony crimes given the circumstances of a particular criminal case.

The guidelines are not mandatory, but they give judges guidance in sentencing defendants so that individuals convicted of the same offense receive similar punishments. However, a judge has the power to impose a reduced or more harsh punishment. If they do this, they must explain their reasons for deviating from the sentencing guidelines.

Sentencing guidelines are also used by defendants and their criminal defense lawyers. They are often examined when deciding what would be the best plea bargain option.

How a Judge Will Determine Your Sentence Under the Guidelines

Before sentencing, the judge would have a probation officer prepare a sentencing worksheet. Only one worksheet would be completed, even if you pled guilty to or were convicted of more than one offense. The probation officer would work through several stages in completing the worksheet. At each stage, points would accumulate that will determine the severity of your sentence. The more points you are assigned, the harsher the punishment could be.

There are a number of factors that the probation officer would consider. For example, if you were convicted of burglary, they would take into account the following:

Once the worksheet is completed, the probation officer would add up all the points and use a grid to determine the recommended sentencing range. This would be provided to the judge, prosecutor, and criminal defense lawyer.

The worksheet will give the judge guidance on how you should be sentenced. However, if you have a skilled criminal defense lawyer, they may be able to show why you should receive a sentence lower than those recommended in the sentencing guidelines. The judge could have many options for imposing a punishment that includes:

How a Virginia Criminal Defense Attorney Can Help

Have you been charged with a criminal offense in Virginia? Even if you know that you are guilty, you may have strong defenses to the charges you face. Our dedicated criminal defense lawyers will mount a strong defense strategy and will assist you in obtaining the least harsh punishment if you choose to plead guilty. To learn more about how we can assist you, call our Manassas office to schedule a free consultation today.