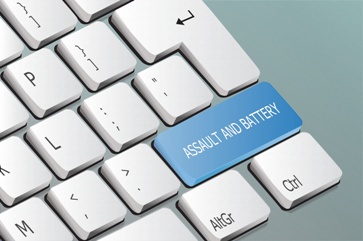 When large groups of people are protesting—which is becoming increasingly more common—tensions can rise between the protesters and police. Even if you are simply exercising your First Amendment right to free speech and peacefully protesting, you could be arrested just because you are part of a protest group.

Assault and Battery Charges and Penalties

Assault and battery crimes are misdemeanor offenses in Virginia. Assault, which is also referred to as simple assault, is the unsuccessful attempt to commit a battery or putting someone in reasonable fear of a battery. It does not have to involve any physical contact with the victim.

Battery, which is also called assault and battery, is the unlawful touching of an individual in a rude, angry, or insulting way and can involve striking a person with an object instead of through direct physical conduct. It can also be committed by the simple act of spitting on someone. The victim does not have to suffer any injuries to be charged with this crime.

Under Virginia Code § 18.2-57, simple assault and assault and battery are Class 1 misdemeanor crimes. If convicted, a person could be sentenced to:

Assault and Battery by Mob Charges and Penalties

If you were arrested while protesting, our experienced criminal defense lawyers in Manassas are here to mount a strong defense for you that may result in the charges being dismissed or reduced to a less serious offense. Call our office to schedule your free consultation to learn more about how we can help you.