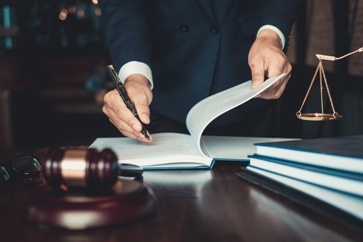 Aggravated sexual battery is a serious felony offense in Virginia. If you are convicted, you could face decades in prison. However, you may be able to raise strong defenses to the charges you face that could result in the charges being dismissed or reduced to a lesser offense with the help of an experienced criminal defense attorney.

Elements of the Crime of Aggravated Sexual Battery

Sexual assault is the intentional or forced touching of the victim’s intimate parts against their will. Under Virginia Code §18.2-67.3, one of these specific circumstances must have been met for the charges to be increased to aggravated sexual battery:

If convicted, an individual could be sentenced to up to 20 years in prison and a fine not to exceed $100,000.

The prosecutor must prove all the elements of aggravated sexual assault beyond a reasonable doubt. One way to defend against these charges is to prove that they did not establish one of the elements of the crime.

What defenses can be raised will depend on why the prosecutor claims the charges should be elevated to a felony offense. Defenses could include:

If you have been charged with aggravated sexual assault, you need the help of a knowledgeable criminal defense lawyer who will aggressively fight the charges you face. To learn how we can assist you, call our Manassas office today to schedule your free consultation.