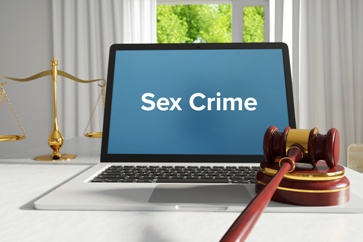 If convicted of aggravated sexual battery, you could be sentenced to a lengthy prison sentence and large fines. In addition, you could face long-term consequences, such as the inability to find housing or employment, that can affect the rest of your life. However, you may be able to get the charges dismissed or reduced to a less serious offense with the help of a knowledgeable criminal defense lawyer.

What Is Aggravated Sexual Battery?

It is considered sexual battery to sexually assault someone by the intentional or forced touching of the victim’s intimate body parts against their will. This crime is charged as a Class 1 misdemeanor.

The punishments are very harsh if a defendant is convicted of aggravated sexual battery. The accused can be sentenced to a minimum of one year up to 20 years in prison. In addition, they could have to pay a fine of up to $100,000.

In some situations, the penalties can be even more severe and include a mandatory minimum prison sentence. A defendant could face these punishments if they have a prior conviction for aggravated sexual battery or one of the following sex crimes:

The Requirement to Register as a Sex Offender

If a person is convicted of aggravated sexual battery, they must register as a sex offender on Virginia’s Sexual Offender Registry within three days of their release from prison. They also must register when they move, change jobs, or become homeless. While most people must re-register as a sex offender yearly, those convicted of aggravated sexual battery must do so every 90 days due to the violent nature of their crime.

Individuals required to register as a sex offender must meet other conditions. They are prohibited from living within 500 feet of a school, child care center, and certain parks. In addition, they cannot loiter within 100 feet of schools or child care programs. They are also not allowed to contact any children other than their own on a playground, gymnasium, or athletic field.

If a defendant fails to comply with the requirement to register as a sex offender, they could face additional charges. Anyone convicted of a violent crime, such as aggravated sexual battery, could be charged with a Class 5 felony for a first offense or a Class 6 felony for a second or subsequent violation of this law.

Were you charged with aggravated sexual battery in Virginia? You need the assistance of an experienced criminal defense attorney who understands the serious consequences you face if you are convicted and will mount an aggressive defense strategy so that you achieve the best possible outcome. To learn how we can help, call our Manassas office or start a live chat to schedule your free consultation today.