Can You Be Charged With Reckless Driving for Endangering Others or Driving Recklessly?

Unlike in other states, there are approximately 16 offenses that can result in a person being charged with reckless driving in Virginia. One vague provision that gives the police great leeway in arresting someone for reckless driving is driving recklessly or endangering others.

When Can Reckless Driving Be Charged for Driving Recklessly or Endangering Others?

Under Virginia Code §46.2-852, an individual can be charged with reckless driving for driving a vehicle on a highway recklessly or at a speed or manner that endangers another 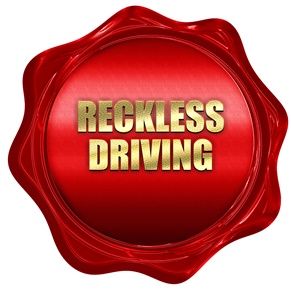 person's life, limb, or property. They can be charged with this crime no matter what the maximum speed limit is. A highway is broadly defined to include streets and alleys.

Penalties for Reckless Driving for Endangering Others

Reckless driving for driving recklessly or endangering others is often charged as a Class 1 misdemeanor in Virginia. However, if the danger to others was especially great or the individual was texting while driving, they could be charged with felony reckless driving

If someone is convicted of this crime for violating Virginia Code §46.2-852, they may face harsher penalties than a conviction for other reckless driving offenses because their driving put others in danger. Possible penalties for a misdemeanor conviction include:

Were you charged with a reckless driving offense in Virginia? Our experienced reckless driving lawyers will mount an aggressive defense strategy for you that could result in the charges being dismissed or reduced to a less serious offense. Call us at 888-DUI-LWYR, start a live chat, or fill out our online form to schedule a free consultation to learn more about how we can assist you.