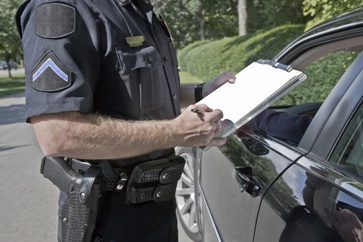 You may not realize that you have been arrested if you are charged with reckless driving in Virginia. That’s because the police do not take you to the police station and book you. Instead, they would issue you a summons to appear at court that looks like a traffic ticket, which they would ask you to sign.

However, you are really being charged with a misdemeanor offense which carries heavy penalties if you are convicted. Your first step should be to retain a knowledgeable reckless driving lawyer who can mount an aggressive defense strategy to fight the charges.

When Could You Be Charged With Reckless Driving?

There are approximately 16 offenses that constitute reckless driving. The most common offenses involve speeding. You could be charged with reckless driving under Virginia Code § 46.2-862 for the following:

You could also be charged with reckless driving for many other offenses that would be considered traffic violations in other states. You could be charged with this crime if you are driving on a roadway or highway and do any of the following:

Penalties for Reckless Driving in Virginia

Reckless driving is a Class 1 misdemeanor, which is the most serious misdemeanor offense in Virginia. The punishments could be harsh if you are convicted of this crime. While your sentence would depend on several factors, such as your prior criminal record, driving history, how fast you were driving, and whether you caused an accident, you could be sentenced to the following punishments:

Besides the sentence that the judge could impose, you face other long-term consequences if you are convicted of reckless driving. Here are some of the ways a conviction could impact your life:

Have you or a loved one been charged with reckless driving in Virginia? Our experienced reckless driving attorneys can raise effective defenses that can help you fight the s charges you face. This could lead to the charges being dismissed or reduced to a less serious offense with lesser consequences. To learn how our committed legal team can assist you, call our Manassas office to schedule your free consultation today.