Virginia lawyers, T. Kevin Wilson and Bob Battle, co-authors of “DUI/DWI Arrest Survival Guide: The Guilt Myth” have released a 2nd Edition of the Virginia handbook.  Originally published in 2009, the book has educated countless people about the serious legal issues associated with being arrested for DUI / DWI in Virginia.  Recent changes in the laws related to Virginia DUI / DWI arrests and procedures prompted the new edition.

T. Kevin Wilson, Esq. is recognized nationwide as a leading advocate for people accused of DUI / DWI in Virginia.  His experience and expertise concerning Virginia’s criminal and traffic laws is extensive - and people come from all across Virginia seeking his assistance.  In addition to fighting on behalf of clients for more than 20 years, he served as a Legal Instructor at the Prince William County Criminal Justice Training Academy for more than a decade and he has served as a Special Prosecutor upon request.  He holds certifications as an Evidentiary Breath Alcohol Technician for the Intoxilyzer 5000, S-D2, S-D5 and 400 breath testing machines, and has completed training on the EC IR II breath testing machine now used in Virginia.  He has also completed both the National Highway Traffic Safety Administration (NHTSA) and International Association of Chiefs of Police (IACP) curriculum on Standardized Field Sobriety Testing, as well as the NHTSA curriculum on Police Traffic RADAR & LIDAR.

The “DUI/DWI Arrest Survival Guide: The Guilt Myth – 2nd Edition”  is available on Amazon.com for $16.95, but anyone interested in receiving a copy may contact The Wilson Law Firm directly for a FREE copy. 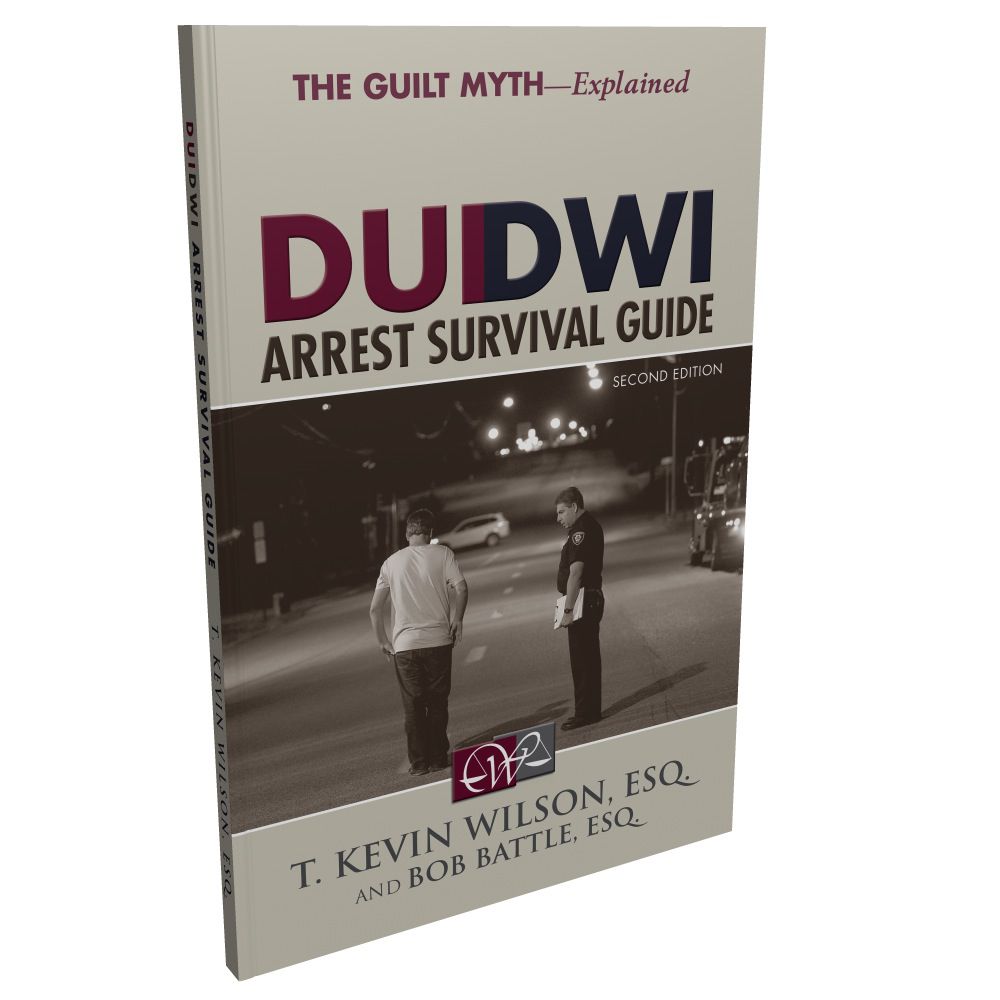