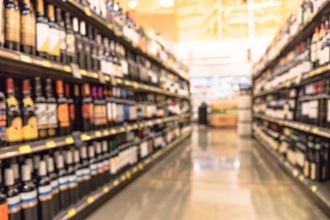 Virginia residents may be surprised to learn that the Commonwealth is only one of a handful of places in the United States where the government maintains a monopoly over the sale of liquor.

The ABC remains a main revenue producer for the state of Virginia. Since its inception in 1934, the organization has contributed over $8.6 billion to the Commonwealth’s general fund to support health, education, and transportation initiatives. These funds come from sales of distilled spirits at ABC stores as well as the taxes collected on beer and wine sales, licensing fees, and applicable violation penalties.

Because the ABC plays such a vital role in funding public initiatives, there has been fierce opposition to efforts to disband the organization. Any effort to privatize hard liquor sales would need to sharply raise taxes on alcoholic beverages and add a new tax on alcoholic drinks in restaurants and bars to remain revenue neutral.

How Deregulation Could Cause Harm

Aside from the financial concerns associated with disbanding the ABC, there are legitimate fears that a deregulation of liquor sales would increase the rate of problem drinking. In ABC states, alcohol consumption remains 16-20% below that of decontrolled states. Evidence also suggests that there are fewer drunk driving crashes and fetal alcohol syndrome cases in states using the ABC method of regulating liquor sales. Supporters of the ABC see it as a harm-reduction strategy benefiting the public as a whole.

Although the ABC is in charge of the location, hours of operation, brands sold, and price of different liquors, counties and cities still maintain the authority to outright ban alcohol sales. Presently 10 of Virginia's 95 counties are classified as dry counties.

If you found this look at Virginia's alcohol sale policies interesting, please share it with your followers on social media.