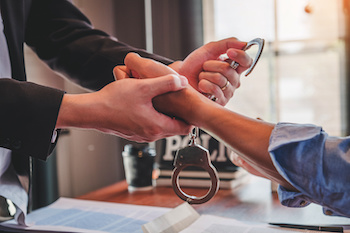 It could be a serious problem if you are charged with DUI while on probation for another offense in Virginia. It can affect the outcome of your DUI criminal case and the criminal conviction you that led to probation. However, you may be able to avoid the harsh consequences you face if you hire an experienced DUI lawyer in Virginia.

Probation is a form of punishment that does not involve jail or prison time. Instead, your sentence is suspended and the judge sets specific rules you must follow while you are on probation. You may be placed on unsupervised or supervised probation.

One of the requirements may be that you not consume alcohol or drugs. You also must not commit another crime while you are on probation,  so if you were arrested for DUI you would be considered in violation of the terms of your probation.

What Are the Penalties for Violating Probation?

You face many potential consequences if you violate the terms of your probation, including:

What Happens If the Probation Violation Was in a Prior DUI Case?

There could be severe consequences if you are on probation for DUI and are arrested for a subsequent one. Some ramifications include:

What Are the Consequences in a DUI Case When You Have Violated the Terms of Your Probation?

You could face harsher penalties in your DUI case if you are convicted or plead guilty to a probation violation. In addition, it may be harder to reach a favorable plea bargain with the prosecutor. However, your probation officer could wait until your DUI case is resolved before deciding whether you violated your probation and reporting your violation to the judge.

Have you been charged with DUI in Virginia? Is your arrest a violation of probation in another criminal case? Order our free book, The Virginia DUI/DWI Survival Guide, to start learning about your rights. Then call our Manassas office at 888-DUI-LWYR or fill out our convenient online form to schedule your free initial consultation to find out how our skilled DUI lawyers can help you.