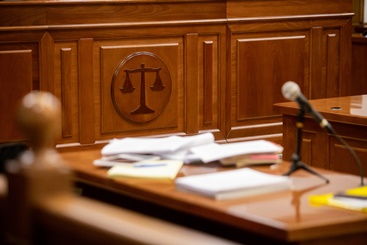 You could face harsh penalties and long-term consequences in your life if you are convicted of DUI in Virginia. However, you may be able to get the charges dismissed or reduced to a less serious offense—even if you are guilty—if you mount a strong defense strategy.

One powerful tool that an experienced DUI attorney can use to defend you is to file pre-trial motions. It is important to understand the most common ones raised in DUI cases in Virginia and how they could help in your criminal case and keep you out of jail.

What Is a Pre-Trial Motion?

A pre-trial motion is a motion filed after the defendant is arraigned and before their trial. If the judge schedules a preliminary hearing in the case, it would be most likely be filed after that court hearing.

A pre-trial motion is a legal document filed in court asking the judge to take certain actions, such as to dismiss the case or suppress evidence. These motions can be filed by the prosecutor or defense lawyer. The judge would conduct a hearing and then make a decision on whether to grant the motion.

One of the benefits of having a knowledgeable DUI attorney represent you is that they will be able to identify the defenses you have to the charges you face. They will also know what pre-trial motions could weaken the prosecutor’s case against or support one of your defenses. Here are some of the common pre-trial motions they may file in your case.

A motion to suppress evidence would be filed to exclude certain evidence the police used to charge you with DUI. Even if you were driving while intoxicated, you may be able to prevent evidence from being used against you. Depending on what evidence is excluded, the prosecutor’s case against you could be significantly weakened, or they could not have enough evidence to meet their burden of proof and may voluntarily dismiss the charges. Here are common grounds used to suppress evidence:

The prosecutor and defense lawyer are supposed to exchange the evidence being used in your criminal case through an informal discovery process. The prosecutor should provide the arrest report, witness statements, and chemical test results being used against you. If they do not turn over this information, your attorney could file a motion to compel them to do so.

In addition, your attorney may need to file a discovery motion to obtain the records of the breathalyzer machine. They may show that the machine had not been properly calibrated or used correctly—which could result in the test results being inadmissible.

Motion to Split the Sample

Another motion that could be filed in your case is to request that the blood or urine sample be split. Your lawyer would file this motion if they wanted an independent laboratory test to ensure that the law enforcement’s test results were accurate.

Motion for Review of Officer’s Record

If one of your defenses is that the police acted improperly, which is sadly the case in many traffic, DUI, and other criminal arrests, your attorney may file a motion for a copy of the police officer’s personnel file. They would need a valid reason to see the file for this motion to be granted.

Your lawyer could ask that the criminal charges against you be dismissed when filing a motion to suppress evidence if the evidence to be excluded is crucial to the prosecutor’s case against you. A motion to dismiss could also be filed after discovery has been completed or your lawyer uncovers helpful evidence in your defense.

Have you been arrested for DUI in Virginia? Our skilled DUI legal team will mount an aggressive defense strategy to achieve the best possible outcome in your case. Start a live chat to schedule your free consultation today to learn more about how we can assist you.