What is the difference between an expungement and appeal? 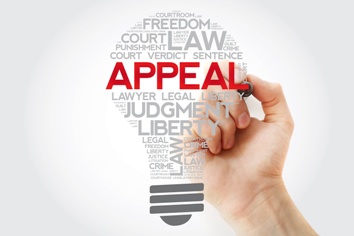 Appeals and expungements have the same goal of trying to eliminate a criminal conviction. However, they are very different procedures. It is important to understand the differences if you have been convicted of a crime in Virginia so that you pick the option is best for you.

What Is an Appeal?

An appeal is a post-conviction process to challenge a criminal conviction. It is filed with a higher court and asks the court to review what happened in the trial court and find that an error occurred. Grounds for an appeal can include procedural errors in the trial process, ineffective counsel, and evidence being hidden by the prosecutor. If an appeal is granted, a defendant may be granted different types of relief, such as being granted a new trial or having the charges against him dismissed.

An expungement is the process of removing a record of a criminal arrest and charges from a person’s police and court records. The benefit of an expungement is that the records are sealed and cannot be viewed by the public. In addition, the charges do not have to be disclosed to employers, educational institutions, and others.

The right to an expungement is very limited in Virginia. An individual can only obtain one in these situations:

Even if you qualify for an expungement, this does not give you an automatic right to one. You need the assistance of an experienced criminal defense attorney if you want your petition to be granted. To learn how we can help, start a live chat to schedule a free consultation today.