Is drag racing a form of reckless driving? 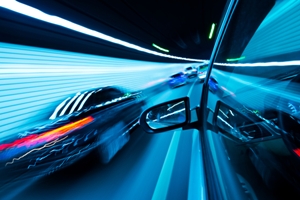 A need for speed can get you into big trouble with Virginia law enforcement officers, especially if you're caught drag racing. Virginia considers drag racing a form of reckless driving that’s punishable with hefty fines as well as jail time. Convicted offenders will also find themselves with a criminal record, creating problems when it's time to get a job or rent an apartment.

Drag racing is defined as a race between two or more vehicles on Virginia's public streets or highways, or in the driveway or premises of a public business, school, church, or recreational facility. The race must have defined start and end points.

Drag racing is generally considered a misdemeanor, with a six-month to two-year license suspension. Misdemeanor offenders also receive six demerit points on their driving record. This form of reckless driving can be a felony if someone is seriously hurt or killed as the result of your actions. As a Class 6 felony, drag racing is punishable by one to five years in prison.

The most obvious defense for a drag-racing related reckless driving charge is that you weren’t actually engaged in a race. Since drag racing is defined by a predetermined start and end point, two vehicles speeding alongside each other aren't automatically considered racing. Reckless driving cases centered around allegations of drag racing typically depend heavily on witness testimony, which can be subjective. If the witnesses don't agree you were racing, you may have a viable defense.