Will a DUI conviction cost me custody of my kids? 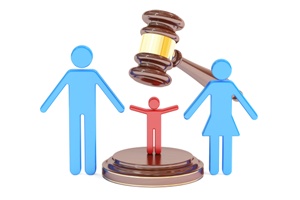 Although the court can't take away custody of your child due to a DUI conviction alone, the charge could present a problem if you're currently in the middle of a divorce or a custody battle with a former partner.

Impact of a DUI Conviction on Child Custody

In a child custody case, keep in mind that there are two types of custody that must be decided: legal custody (the ability to make decisions about a child's upbringing such education and religious affiliation) and physical custody (how much time a child will physically spend with each parent).

A DUI conviction is unlikely to affect legal custody, but may affect physical custody if there is other evidence raising concerns regarding your moral character or fitness as a parent. This might include:

When judges award physical custody, they are trying to decide which parent is best equipped to provide a stable and safe home environment. This includes tasks such as transporting children to school and activities, helping with homework, preparing meals, providing appropriate discipline, and serving as a positive adult role model. Older children may be allowed to express a preference as to which parent they want to live with, but a judge always has the authority to rule against the child's wishes if there are safety issues involved.

The Wilson Law Firm Can Help

Having access to skilled legal representation can help you minimize the negative consequences associated with a DUI, including any effect on pending child custody hearings. Virginia defense attorney T. Kevin Wilson is dedicated to investigating every possible avenue of defense for his clients. Call today for a free, no-obligation case review.