What is the difference between aggressive driving and reckless driving? 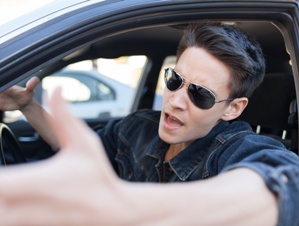 Engaging in unsafe behaviors such as speeding or improper passing can earn you a ticket for either reckless driving or aggressive driving, depending upon the intent behind your actions.

Aggressive driving encompasses a wide range of behaviors that are intended to “harass, intimidate, injure, or obstruct” other drivers. For example:

Penalties for Aggressive Driving, More Than Just A Ticket

In addition to fines and jail time, offenders may also be required to complete an aggressive driving program.

Since aggressive driving requires a specific motivation on the part of the driver, defense attorneys often argue that the driver's conduct was due to inattentiveness or impatience instead of maliciously attempting to injure, obstruct, harass, or intimidate other motorists. If this defense is successful, the charge may be reduced to a lesser traffic violation or dropped all together.

Having legal representation is essential if you've been charged with aggressive driving, since a conviction can result in stiff penalties as well as the stigma of a criminal record. Virginia attorney T. Kevin Wilson has extensive experience in helping drivers beat both aggressive driving and reckless driving charges. Call today to schedule a free, no-obligation initial consultation.