When can speeding be charged as reckless driving in Virginia? 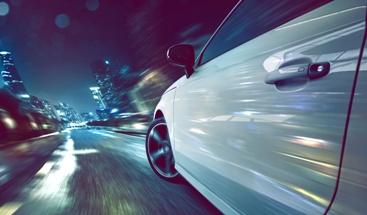 Reckless driving is a serious misdemeanor offense in Virginia, and there are approximately 16 different ways that this crime can be committed. Speeding is one of the most common reasons that drivers are charged with this offense. Here is what you need to know about if you receive a summons to appear in court for reckless driving rather than being ticketed for speeding.

When Speeding Is Considered Reckless Driving Under Virginia’s New Law

Virginia passed a new law that went into effect on July 1, 2020, that changed when speeding can be charged as reckless driving. Under Virginia Code § 46.2-862, there are two ways to be charged with this crime:

Penalties You Face If Convicted of Reckless Driving

In addition, you would experience other long-term consequences, such as a permanent criminal record. This can make it much harder for you to obtain employment, housing, security clearance, and much more. You would also have to pay significantly higher auto insurance costs and risk having your driver’s license suspended if you had too many additional demerit points added to your driving record in a relatively short period of time.

If you have been arrested for reckless driving, your first step should be to retain an experienced reckless driving attorney to aggressively fight the charges you face. Even if you believe that you committed the offense, they may be able to raise strong defenses for you that may result in the charges being dismissed or reduced to a less serious traffic infraction. To learn how The Wilson Law Firm can help, call our office to schedule a free consultation today.