Auto Theft Offenses Can Be Charged as a Misdemeanor or Felony 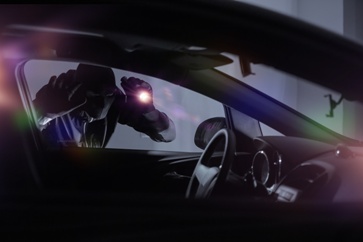 There is no specific auto theft crime in the Commonwealth of Virginia. Instead, these crimes are prosecuted under our state's petit and grand larceny laws. In addition, there are other serious offenses that a person could be charged with for taking another's vehicle.

If you are convicted of an auto theft crime, you could be sentenced to a lengthy prison sentence and substantial fines. However, an experienced criminal defense attorney can help you build a strong defense strategy to fight the charges you face—even if you are guilty. This could result in the charges being dismissed or reduced to a less serious offense.

The theft of an auto can be charged as a misdemeanor or felony in Virginia. This crime is committed when someone wrongfully or fraudulently takes another's motor vehicle without their permission.

There are three elements to the crime of larceny that must be established whether the auto theft is charged as petit or grand larceny. The prosecutor must prove all of the following beyond a reasonable doubt:

Whether the theft of the automobile would be charged as a misdemeanor or felony would depend on the value of the vehicle stolen. Here are the punishments for each:

Unauthorized Use of a Vehicle

Another less serious offense a person could be prosecuted for is the unauthorized use of a motor vehicle, which is commonly referred to as joyriding. This crime is committed when there is an unauthorized taking, driving, or using a vehicle with the intent to temporarily deprive its owner of its possession. The key difference between petit and grand larceny and joyriding is that there is no permanent intent to deprive the owner of the vehicle when the crime of joyriding is committed.

Under Virginia Code §18.2-102, unauthorized use of a vehicle is a Class 6 felony if the vehicle's value is $1,000 or more. A Class 6 felony is known as a wobbler felony, which means that the crime can be charged as a felony or misdemeanor. The punishment could be a prison sentence of up to five years for a felony conviction or a jail sentence of up to 12 months and a fine of up to $2,500 if charged as a misdemeanor.

When the value of the auto used without permission is less than $1,000, the offense would be a Class 1 misdemeanor. The punishments would be the same as for petit larceny.

Carjacking is a serious felony crime in Virginia. Under Virginia Code §18.2-58.1, this offense is committed if an individual intentionally takes control of a vehicle from another's possession or control through the use of or threat of violence. The use or threat of violence can include displaying a firearm or other deadly weapon, striking, beating, or strangling someone, or putting them in fear of serious bodily harm.

There is no requirement that the accused intended to permanently deprive the individual of the vehicle for this crime to be committed. If convicted, a person could be sentenced to 15 years to life in prison.

Were you charged with auto theft or another auto-related crime in Virginia? Our knowledgeable criminal defense lawyers will aggressively fight the charges you face so that you achieve the best possible outcome. Start a live chat to schedule a free consultation today to learn more about how we can assist you.