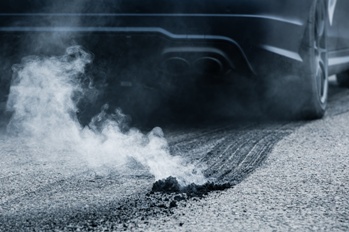 Drag racing is one of the most serious kinds of reckless driving in Virginia. Depending on the circumstances surrounding the racing, it can be charged as a misdemeanor or felony. If you have been charged with this crime and want to avoid the harsh penalties you face, you need to retain an experienced reckless driving lawyer as soon as possible to help you build a strong defense strategy.

Under Virginia Code § 46.2-865, drag racing is defined as involving a person engaging in a race between two or more motor vehicles on a Commonwealth highway, driveway, or the property of a school, church, recreational facility, or business open to the public unless the racing is authorized by the owner or his agent. A race is defined as an event with a defined start and end date.

Drag racing is generally charged as a Class 1 misdemeanor. The possible penalties if convicted include:

In addition, six demerit points would be placed on your driving record for 11 years. This can dramatically increase your auto insurance costs.

When Drag Racing Is Charged as a Felony

If someone not involved in the racing was injured or killed due to the drag racing, the offense can be charged as a felony. When a person is injured, the charge would be a Class 6 felony. If convicted, you could be sentenced to one to five years in prison and fined up to $2,500. However, the judge or jury has the discretion to reduce the punishment to less than one year in jail if the circumstances justify this.

The punishment would be much more severe if there was a fatality. You would face a mandatory one year to 20 years in prison and a driver’s license suspension for one to three years. In addition, if the racing resulted in an injury or death, the Commonwealth of Virginia is allowed to confiscate your vehicle and sell it.

Penalties for Aiding and Abetting a Drag Race

You do not have to participate in the drag race to be charged with a crime. You may be arrested if you aid and abet in the race under Virginia Code § 46.2-866. Aiding and abetting is defined as the following:

Aiding and abetting a drag race is a Class 1 misdemeanor. If you are found guilty, the punishment can include up to 12 months in jail, a fine of up to $2,500, or both. Even if someone was injured or killed, you would still only face misdemeanor charges, unlike the driver who could be charged with felony drag racing.

How to Defend Against Drag Racing Charges

If you have been charged with drag racing as a misdemeanor or felony or with aiding and abetting in drag racing, you will have a permanent criminal record in addition to the harsh penalties you face. Even if you believe that you are guilty, you may have strong defenses to the charges that can result in them being dismissed or reduced to a less serious offense.

You cannot hope to build a strong defense strategy unless you retain an experienced reckless driving lawyer in Virginia. At the Wilson Law Firm, we have over 20 years defending clients who have been charged with reckless driving and other serious criminal offenses. We will conduct a thorough investigation of the circumstances of your arrest and fight to achieve the best possible outcome in your criminal case.

We are here to answer your questions and explain how we could defend you. To learn more, take advantage of our offer of a free initial consultation. To schedule your appointment, call our Manassas office or fill out our convenient online form.