When Your Driver’s License Can Be Suspended in Virginia 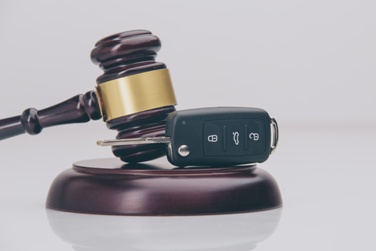 Being able to drive is a necessity when you need to go to work, take your child to school and other activities, and take care of your day-to-day activities. However, like in other states, driving is a privilege and not a right in the Commonwealth of Virginia. There are a number of reasons why your driver’s license could be suspended. If you are caught driving when your license was suspended, you may face harsh consequences.

When Can Your Driver’s License Be Suspended?

When your driver’s license is suspended, you are not permitted to drive a motor vehicle, truck, motorcycle, or other motor-propelled vehicle on a road or highway. There are a variety of reasons that your driving privileges could be suspended, such as:

How Long Could Your Driver’s License Be Suspended?

You could also have your driver’s license suspended as part of the sentence for other traffic offenses, such as a hit and run or reckless driving. The judge may consider many factors in deciding how long you would be unable to drive, such as the seriousness of the offense and your prior driving record.

In addition, you would face the long-term consequences of having a permanent criminal record if you are convicted.

Was your driver’s license suspended? Our skilled legal team can help you get your driving privileges restored. To find out how we can assist you, call our Manassas office or start a live chat to schedule your free initial consultation.