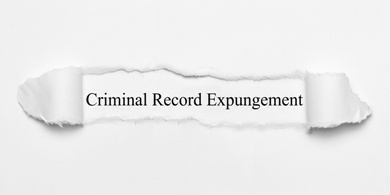 You can face harsh penalties if you are convicted of a misdemeanor or felony offense in Virginia. Unfortunately, the consequences of your conviction will haunt you long after you have completed your sentence.

One of the most serious long-term ramifications is that you will have a permanent criminal record that can affect your ability to obtain a job, housing, security clearance, educational loans, and more. However, in limited situations, you may be eligible for an expungement.

An expungement is the process of removing a record of a criminal charge from your police and court records. If your records are expunged, they are sealed from public view and can only be viewed by someone, such as a law enforcement official, if the judge grants them permission. However, the records are not destroyed.

One very practical benefit of an expungement is that in most cases, an employer, educational institution, governmental agency, and others cannot require someone to disclose the charges and arrest that were expunged. However, this information may have to be disclosed if someone is applying for a job in law enforcement or is part of a criminal investigation.

Who Qualifies to Obtain an Expungement in Virginia?

The right to an expungement is severely limited in the Commonwealth of Virginia. Only these situations qualify for one:

How to Obtain an Expungement In Virginia

If you qualify for an expungement, you must file a petition in the circuit court in the county or city where your criminal case was decided. You will also need to attend a court hearing where a judge would decide whether or not to grant your request. The judge could only decide in your favor if you meet the requirements for an expungement.

Expungements When You Are Acquitted of the Charges

Unfortunately, you do not have a right to an automatic expungement of your criminal charges and records if you were found not guilty of the charges filed against you. You would have a right to request an expungement but would still need to file a petition and attend a court hearing. The prosecutor could object to your petition.

If the charges that were dismissed were misdemeanor offenses and you do not have a criminal record, the judge would be more likely to grant an expungement. However, if the offenses were felonies or you have a prior criminal record, it could be harder to convince the judge to rule in your favor.

When a person enters a plea of “nolo contendere,” he is not pleading guilty. Instead, he is pleading no contest to the charges. When a defendant enters a “nolo contendere” plea, his criminal records and charges cannot be expunged.

“Alford” pleas are also not eligible to be expunged. An “Alford” plea is one where the defendant maintains that he is innocent but admits that there is sufficient evidence of guilt against him.

Obtaining an expungement can help you get your life back on track but can be complicated to achieve on your own. You need the help of an experienced expungement attorney to file your petition and advocate for you so that your request for an expungement is granted.

At The Wilson Law Firm, we understand how important an expungement of your criminal record can be to getting a second chance on your life. We are here to aggressively fight for your rights as you go through the complicated expungement process. To learn more about how we can help you, call our office to schedule a free consultation today.