What You Need to Know About Virginia’s Self-Defense Laws 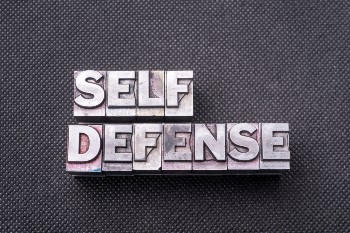 What Constitutes Legal Self-Defense in Virginia

An individual is allowed to defend themselves under certain circumstances in Virginia. To be justifiable self-defense, these conditions must be met:

#1: Reasonable Belief That the Force Is Justified

The first requirement is that there be a reasonable belief by the accused that the use of force was justified. The belief must be a reasonable one. The courts use a reasonable person standard and consider what a reasonable individual would perceive in evaluating whether the belief was reasonable. If it is later determined that the defendant’s belief was unreasonable, they could not use self-defense to justify their actions, even if they thought they needed to use force to defend themselves against an attack.

#2: The Attack Must Be Imminent

There must be an imminent threat of attack to justify self-defense. The threat would be considered imminent if words were used to convey the threat or if there was an actual display of force.

Self-defense would only be justifiable while the threat was ongoing. Once the threat has ended, defending oneself would not be considered self-defense. In addition, being fearful of a future attack would not justify using force.

#3: Use of Deadly Force Is Limited

#4: The Force Used Must Be Reasonable

Finally, the force used by the accused must be reasonable under the circumstances. A person is only permitted to use the amount of force necessary to repel the attack. For example, if they were threatened with non-deadly force, they would not be allowed to use deadly force to defend themselves.

Different Categories of Self-Defense in Virginia

There are two categories of self-defense that can apply in a criminal case:

Duty to Retreat in Virginia

Unlike other states, Virginia does not have a “stand your ground” law. Instead, a person is justified in not retreating if certain circumstances are met. If they did not provoke the attack, they are not required to retreat before using force, including deadly force, to defend themselves.

However, if the individual were the initial aggressor, they would be required to retreat before defending themselves. They would also have to meet the other requirements necessary to raise excusable self-defense as a defense.

Under Virginia’s castle doctrine, a person is allowed to defend their home. They must have a sufficient belief that the individual or individuals intend to cause great bodily harm or death after entering the dwelling. In this situation, there is no duty to retreat.

Have you been charged with a criminal offense in Virginia? Do you want to raise self-defense as a defense in your case? Our experienced criminal defense lawyers are here to explain your defenses and aggressively defend you so that the charges against you are dismissed or reduced to a less serious offense. To learn more about how we can assist you, call our Manassas office at 888-DUI-LWYR or fill out our convenient online form to schedule your free initial consultation today.