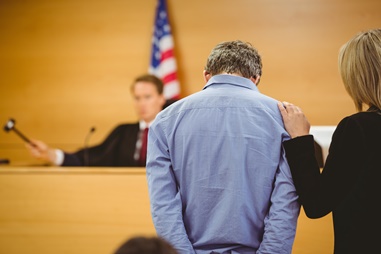 You will have many difficult decisions to make if you have been arrested for committing a crime in Virginia. At some point, you may have to decide whether to plead guilty to the offense you are charged with committing, plead guilty to a lesser offense through a plea agreement, or take your case to trial.

You may need to make this difficult choice even if you have been falsely accused of a crime if the prosecutor has a strong case against you. When making decisions about your criminal case, you need to understand the possible punishments if you are found guilty or plead guilty to a criminal offense. Fortunately, there are sentencing options other than being sentenced to jail or prison that you may qualify for.

Who Is Eligible for an Alternate Sentencing Option?

The purpose of alternative sentencing in Virginia is to punish the individual and rehabilitate them. If they are placed in a sentencing program other than prison or jail, this allows them to keep their job and continue to take care of their families. They could also receive drug or alcohol counseling if they suffer from drug or alcohol dependency or mental health counseling for other problems.

The decision to sentence someone to an alternate sentencing program will depend on many factors, such as the crime they were convicted of or pled guilty to committing, their prior criminal record, and the details of the offense allegedly committed. If the defendant were convicted of a violent felony or has an extensive criminal record, they would not be eligible for an alternate sentencing option.

There Are Sentencing Options Other Than Jail or Prison

There are many alternative sentencing options in Virginia. Some involve incarceration, but the time in jail is limited.

It is important to discuss these alternative sentencing options with a skilled criminal defense lawyer, so you understand your options. They can also mount an aggressive defensive strategy that can make it more likely that the prosecutor would agree to recommend one of these types of sentences.

Alternative Ways You Could Be Sentenced

Are you facing criminal charges? Our experienced criminal defense lawyers know how to aggressively defend you and can explain all possible sentencing options to you—so you know what to expect. Fill out our online form or call our Manassas office at 888-DUI-LWYR to schedule your free consultation to learn how we can assist you.