Silence Is Golden When Handling a Reckless Driving Charge 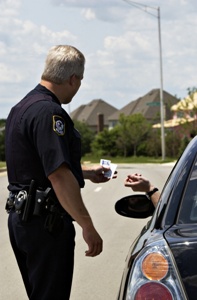 If you've been charged with reckless driving in Virginia, it's in your best interest to say as little as possible. Anything you say to the arresting officer may make it more difficult for your attorney to build a successful defense against the change.

What to Do If You've Been Stopped for Reckless Driving

In general, it's best not to say anything to the arresting officer. Being argumentative or aggressive will only hurt your case. Admitting to specific acts of wrongdoing, such as improper passing or excessive speed, will provide powerful evidence to be used against you when your case goes to court. Making an apology for your behavior or appealing to the officer's sympathy is simply unlikely to be effective.

The safest course of action is to say, "I am exercising my right to remain silent and I want to call my lawyer." Be polite, but firm, in your statement. Remain still, keep your hands where the officer can see them, and avoid making any sudden movements.

The policy of remaining silent does not extend to providing your name and license. This is necessary cooperation whenever you're pulled over. You should also sign the ticket when the officer gives it to you. The ticket is a summons that replaces traditional forms of custodial arrest. A signature is not an admission of guilt, but rather a promise to appear in court to address the charge. If you refuse to sign the ticket, the officer has the right to assume you don't intend to appear in court. In this case, you can be handcuffed and taken into custody.

Reckless driving is a criminal offense that carries stiff fines as well as the possibility of jail time. Virginia attorney T. Kevin Wilson can work with you to build an aggressive defense, using evidence such as speedometer calibration, proof of improper signage, witness testimony, or a medical emergency defense to reduce or drop the charge. Call to schedule a free, no-obligation initial consultation.