Defenses to Fight Hit and Run Criminal Charges in Virginia 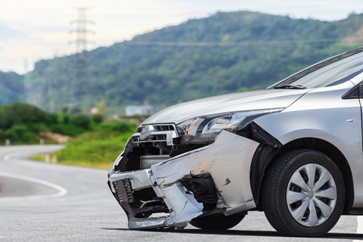 It is against the law to not stop at the scene of a motor vehicle accident whether or not you caused it in Virginia. This crime is referred to as hit and run and can be charged as a misdemeanor or felony in our state. Fortunately, you may be able to avoid the harsh punishments if you are convicted by raising defenses to the charges you face.

What Is Hit and Run in Virginia?

All drivers have a duty to stop in a crash where a victim was injured or killed or property was damaged. They must:

If a person hits unattended property, they have a duty to make a reasonable attempt to locate the owner of the property and provide them with the information listed above.

Failure to fulfill these obligations can result in a hit and run charge. If someone was injured or killed or the property damage was over $1,000, the offense would be charged as a felony. Possible punishments include up to 12 months in jail, a prison sentence of up to 10 years, and fines of up to $2,500.

Defenses That Can Help You Fight Hit and Run Charges

Fortunately, you may have defenses that can result in the charges being dismissed or reduced to a less serious offense. You will need the assistance of an experienced traffic ticket defense attorney to investigate the circumstances surrounding the accident and identify the defenses that could best help you. Possible defenses include:

You Were Not the Driver

The evidence used by prosecutors in a hit and run accident is often based on circumstantial evidence and the testimony of the victim and witnesses. If you were not the driver, you could have been mistakenly identified, or the victim could be committing insurance fraud if there was no real accident.

A lawyer may be able to challenge the credibility of the victim’s and witnesses’ testimony to prove that you were not involved in the collision. Even if you were, your attorney may be able to raise enough reasonable doubt that the prosecutor cannot meet their burden of proof that you were the driver.

Depending on the facts surrounding the collision, you may need to retain an accident reconstruction expert. They can determine how the accident happened and prepare a computer-generated reenactment that shows how the crash occurred and establishes that you were not involved in it.

You Were Unaware of the Accident

A good attorney can challenge the prosecutor’s evidence, such as victim and witness testimony, to cast doubt on whether this element of the crime has been proved. An accident reconstruction expert may also be helpful to prove your lack of knowledge of the accident.

You Did Not Flee

You may have tried to stop, but the victim was the one to leave the scene, not realizing that their vehicle was damaged or that they suffered injuries. They may have later reported the collision as a hit and run. If this scenario applies to your case and you can prove this, you have a strong defense to challenge the charges you face.

If you are accused of leaving the scene of unattended property, the prosecutor must prove that you did not make a reasonable effort to locate the owner of the property. Evidence of your attempts to find the property owner, such as leaving a note at the accident scene, or trying to call them after identifying them, can be raised as a defense.

Have you been charged with hit and run in Manassas? Our skilled traffic ticket defense team can help you raise these and other defenses to the charges you face so that you achieve the best possible outcome in your criminal case. Start a live chat to schedule a free consultation to learn more about how we can help you.