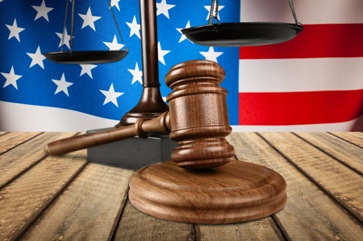 Because of Virginia’s proximity to Washington D.C., there are many federal properties, roads, and land. If you are pulled over by the police for reckless driving while on federal property, you would be charged with this crime under federal law. In addition, your case would be prosecuted in federal court, which may result in a different outcome than if you were charged under state law.

There is no specific federal reckless driving crime. While you would still have your case decided in federal court, Virginia’s reckless driving laws and penalties would be used in your prosecution under the Assimilative Crimes Act.

There are approximately 16 offenses that are considered reckless driving in our Commonwealth. However, the most common charges involve speeding and include:

Reckless driving is a Class A misdemeanor under federal law, which is similar to being charged with a Class 1 misdemeanor reckless driving offense in Virginia. Although the federal court would apply Virginia’s sentences for reckless driving if you are convicted, the punishments you could face may be different if you are convicted in federal court. You could still be sentenced to up to one year in prison, but the Federal magistrate has the authority to place you under home confinement.

In addition, a federal magistrate would not have the authority to suspend your driver’s license but could place restrictions on your driving privileges as a condition of your probation. They could also notify the Virginia DMV of your reckless driving conviction. The DMV may suspend your driver’s license for six months, which they would do if you were convicted of reckless driving under state law.

It may not seem like a big deal if you are charged with reckless driving under federal law since the court would use Virginia’s state law to convict and punish you. However, there are important differences in how you could be prosecuted, such as:

Were you charged with reckless driving under federal law? Our knowledgeable reckless driving team understands how these cases are prosecuted in both state and federal courts and will mount an aggressive defense strategy that could result in the charges being dismissed or reduced to a less serious offense. To learn more about how we can assist you, start a live chat to schedule your free consultation.