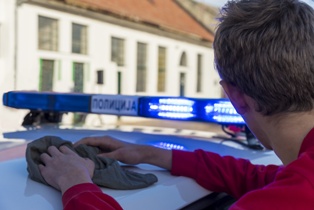 While you hope your new teen driver will never be arrested for reckless driving or another offense in Virginia, it is a good idea to talk to him in case he finds himself in this situation. Unfortunately, this is possible because there are at least 15 separate offenses that constitute reckless driving in our commonwealth.

Let Us Help Your Teen Build a Strong Defense

Has your teen been arrested for reckless driving in Virginia? Our skilled legal team is here to aggressively fight the charges he faces so that they are dismissed or reduced to a less serious offense. Fill out the online form on this page to schedule your free consultation to learn more about our extensive experience in these cases and how we can assist your teenager.