Medications That Can Cause False Breathalyzer Test Results

If the police stop you because they believe you were driving while intoxicated in Virginia, they will most likely ask you to take a breathalyzer test. If you fail the test, you could be arrested for DUI.

You face harsh punishments if you are convicted of DUI in our state. However, you may have a strong defense that the breathalyzer test results were not accurate if you take certain medications or have a medical condition that can result in a false positive reading.

Medications That Can Result in a False Positive Breathalyzer Result 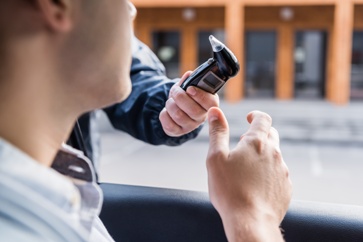 A breathalyzer machine is a small hand-held device that registers a person’s blood alcohol content (BAC). If their BAC is 0.08 percent or higher, they would most likely be charged with DUI.

However, the results of a breathalyzer test could be inaccurate for a number of reasons, such as if the machine was not properly calibrated or the test was not administered correctly. Another cause of a false-positive result can be medications that are taken before the test is administered. The following can impact breathalyzer test results:

In addition, certain medical conditions could result in a false-positive test result when a person has not consumed any alcohol. They include:

Were you arrested for DUI in Virginia? Our experienced DUI legal team can mount a strong defense strategy to help you achieve the best possible outcome in your case. To learn how we can help, start a live chat to schedule your free consultation today.