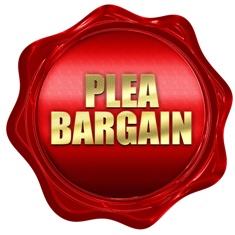 Drunk driving charges can bring a lot of uncertainty to your life. You, understandably, want to know what, if any, consequences you face for the charges that have been filed against you. Instead of leaving your fate up to a judge or jury, you may be interested in trying to settle your criminal case. In a DUI lawsuit, as in any criminal case, any potential settlement will be reached through a process known as plea bargaining.

A successful plea bargain depends on the agreement that is reached after considering the factors described above.

Talk to Your DUI Defense Lawyer About Plea Bargaining

A plea bargain is a compromise. If you enter into a plea bargain, then you may be pleading guilty to some criminal charge and accepting some consequences for your plea. This may or may not be in your best interest. Before you decide whether to engage in the plea bargaining process, it is important to speak with an experienced Virginia DUI defense lawyer. If, together, you and your lawyer decide that plea bargaining is the right thing for you to do, then your lawyer will handle the plea bargaining negotiations on your behalf to make sure that your rights are protected.

To learn more about your legal options after a Virginia drunk driving charge, please call The Wilson Law Firm today for a free and confidential consultation. You can also download a free copy of our Virginia DUI/DWI Arrest Survival Guide right now for more information.