Don’t Worry About Speed Monitoring From the Sky in Virginia 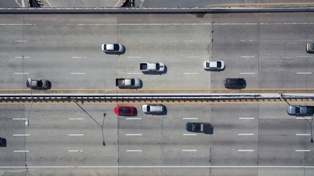 Speeding is against the law in Virginia. However, in order to be charged with the crime of reckless driving speeding, the Commonwealth of Virginia must be able to prove that you were traveling 20 miles per hour (mph) or more over the speed limit or driving more than 85 mph at a specific time and location.

Your Speed Is Currently Not Monitored by Aircraft

Hundreds of signs throughout the state warn you that your speed may be monitored by aircraft. However, last year the Virginia State Police told the Associated Press that speed monitoring by aircraft has not been done in Virginia since 2012 because it is simply too expensive. Use of planes, pilots, training, and other support is costly.

The signs remain up, however, because it is still legal for the Virginia State Police to monitor speed by aircraft should they have the funding and the desire to reinstate the program.

Worry About Speed Monitoring on the Ground

While evidence of reckless driving speeding will not come from aircraft surveillance, the Virginia State Police and local state police departments still monitor speed from the ground. According to Virginia statute, police may determine speed by using:

The Commonwealth of Virginia may use this type of evidence if you have been accused of reckless driving speeding, but an experienced reckless driving defense lawyer can help make sure that only accurate evidence is used in your case and that you are treated fairly.

Reckless driving speeding is a crime with significant consequences that include jail time, fines, and other penalties. Accordingly, it is important to take the charges seriously and to contact a reckless driving defense lawyer as soon as you are charged. For more information, or to schedule a free consultation, please contact the Wilson Law Firm today via this website or by phone.