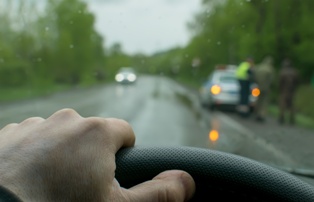 Reckless driving is a serious misdemeanor offense in the Commonwealth of Virginia, and there are at least 15 separate violations that could result in you being arrested for this crime. The Virginia legislature enacted a new law that went into effect on July 1, 2019, that makes it a reckless driving offense to fail to move over for an emergency vehicle. Here is what you need to know about this new law if you have been charged with reckless driving for violating it.

What Emergency Vehicles Are Covered Under Virginia’s Move Over Law?

The Move Over law was enacted to strengthen the protection of first responders who are pulled over at the side of a road with their flashing lights on. Motorists must now move over for the following:

What Does the Move Over Law Require Motorists to Do?

The new law applies to emergency vehicles that are pulled over to the side of a highway having at least four lanes and have their flashing, blinking, or alternating red, blue, or yellow lights on. The highway must have two lanes intended for traffic in the same direction as the approaching vehicle. The law requires drivers approaching this first responder vehicle to exercise due caution and to do one of the following if reasonable:

What Are the Penalties for Violating the Move Over Law?

Under the prior law, a first offense failure to move over for emergency vehicles was a traffic infraction punishable by a $250 fine. Under the new law, a violation constitutes reckless driving, which is a Class 1 misdemeanor. If convicted, you could face these punishments:

Have you been charged with reckless driving for failing to move over for an emergency vehicle? In addition to the harsh penalties you face, you will have a permanent criminal record if you are convicted. Let our experienced reckless driving lawyers help you build a strong defense to the charges you face so that they are reduced to a less serious offense or dismissed. To learn more about how we can help, call our Manassas office or start a live chat to schedule your free consultation today.