Many people consider DUI a state offense. However, it is also a crime under federal law to drive while under the influence of alcohol or drugs.

If you are stopped for DUI on federal property in Virginia, you could be facing serious federal charges. You need an experienced DUI attorney who defends individuals accused of this offense under federal and Virginia law.

What Is Federal Property? 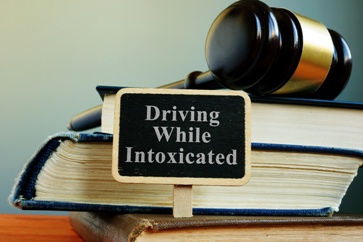 The Federal government owns many properties throughout Virginia and the United States. If an individual is driving on a roadway on federal lands, they can be charged with DUI under federal DUI laws. Federal properties include:

Whether an individual would be charged with DUI under federal or state law would depend on where they were arrested. If they were caught driving while intoxicated at a National park in Virginia, they would be charged under the Code of Federal Regulations. However, an arrest on other federal lands would be prosecuted under Virginia DUI laws pursuant to the Assimilative Crimes Act.

In most cases, a first offense DUI would be charged as a Class B misdemeanor under federal law. A person can be charged with Federal DUI under these circumstances:

The charges could be more serious if a child was in the vehicle at the time of the arrest or the individual’s BAC was significantly higher than 0.08 percent. A key difference between federal and state DUI cases is that there is no right to a jury trial when the crime is charged as a federal offense.

If convicted of Federal DUI, a defendant could be sentenced to six months in federal prison, a fine of up to $5,000, probation for five years, or a combination of these punishments.

Were you charged with DUI under federal or Virginia laws? Our knowledgeable DUI lawyers have successfully defended clients in both federal and state court and are here to mount an aggressive defense strategy for you. To learn how we can assist you, start a live chat or call our Manassas office to schedule a free consultation today.