When can entrapment be used as a DUI defense? 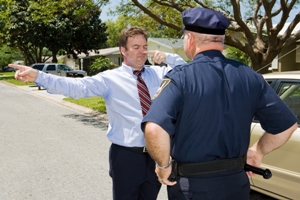 If you've been charged with a DUI in Virginia, you may find yourself wondering if entrapment works as a viable defense. Although TV courtroom dramas often make it seem like arguing entrapment will get any criminal charge dropped, the reality is that entrapment is almost never a successful DUI defense.

Entrapment means that someone has been encouraged, enticed, or essentially tricked into committing a crime by a law enforcement officer. In terms of a DUI defense, entrapment is rarely successful.

To have a viable claim for entrapment, an officer has to have persuaded you to do something you otherwise wouldn't have done. The most common scenario in which an arrested driver unsuccessfully tries to claim entrapment occurs when an officer is patrolling outside a bar waiting to pick up people who get behind the wheel after having too much to drink. Since the officer is in a public area and not interacting with the bar's patrons beforehand, this conduct isn't entrapment. The patrons who drive drunk would have gotten behind the wheel regardless of whether the officer was present.

Challenging the validity of the stop is often successful as a DUI defense because evidence from an illegal stop is inadmissible. This means that there's typically no case if the stop wasn't legal.

If you've been charged with a DUI, possible penalties include fines, jail time, license suspension, and the stigma of having a criminal record. To protect yourself, it's vital that you hire an experienced defense attorney. Contact attorney T. Kevin Wilson to schedule a free, no-obligation consultation.