Are reckless driving and road rage the same thing? 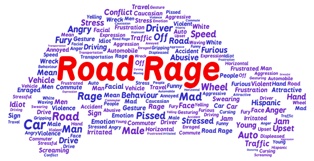 Reckless driving has a specific legal meaning in Virginia. It is defined in our state statutes. If a driver engages in activity that meets one of the standards described in the statutes, then the driver may be charged with reckless driving.

You Need to Know the Charges Against You

The police officer who pulled you over or who came to the scene of the accident may have thrown around a lot of different terms when he was talking to you. For example, he may have mentioned road rage, reckless driving, or both of these actions. However, what the officer said may not be reflected in the official charges against you.

In order to determine what charges you face, what the potential consequences of those charges may be, and how to mount a strong defense, you can bring your official ticket, or summons, to our experienced criminal traffic offense lawyer. For more than 20 years, Attorney T. Kevin Wilson has helped people facing serious traffic offenses, including reckless driving, defend themselves and get back to their lives as soon as possible.

Criminal offenses—including reckless driving, aggressive driving, and assault or other charges that may arise from road rage have significant consequences. Contact T. Kevin Wilson today via this website or by phone to learn more about how you can protect yourself.