I’ve been charged with reckless driving in Virginia. Will my case be heard in a state court of in a federal court? 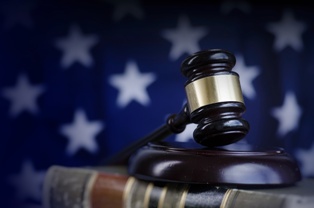 In most situations, your case will be heard in a Virginia state court. However, there is an exception to this rule that could result in your case being heard in federal court.

This most often occurs in the areas immediately surrounding federal facilities in Northern Virginia. For example, if you are charged with reckless driving in one of the following areas then it is possible that you were in a federal territory:

It is important to determine whether you were ticketed for alleged conduct that occurred in Virginia or in a federal territory. If you are accused of reckless driving in a federal territory then your case will be heard in a federal district court such as the Federal Court in the Eastern District of Virginia. If you are convicted in state court or federal court then your reckless driving conviction could have serious consequences that include not only jail time and fines, but that also impact your military service and security clearance.

Regardless of where your case will be heard, you need a Virginia lawyer who has a lot of experience representing people who have been accused of reckless driving in Virginia. Attorney T. Kevin Wilson provides excellent representation for his clients. His years of experience, his certification in the operation of police traffic radar and lidar, and his dedication to every client are important assets that allow him to help each of his clients.

If you have been charged with reckless driving in Virginia or in a federal territory within Virginia then it is important to start protecting your rights immediately. Please contact The Wilson Law Firm today for a free, no-obligation consultation.