Domestic assault and battery, which is also referred to as assault and battery against a family or household member, is a serious criminal offense in Virginia. When the police respond to a call of domestic abuse, they will most likely arrest someone. 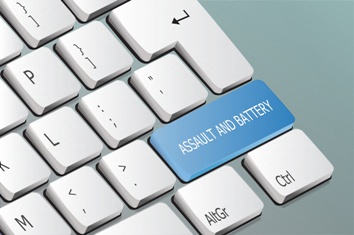 If you are charged with this crime, you are facing stiff penalties and long-term consequences, such as a permanent criminal record that can affect you long after you complete your sentence. However, you may be able to avoid the harsh ramifications of a conviction if you retain an experienced criminal defense attorney who can develop a strong defense strategy to fight the charges.

What Is the Crime of Assault and Battery Against a Family or Household Member in Virginia?

Battery is the willful and unlawful touching of another person in a rude, angry, or vengeful manner. However, the touching does not have to cause any injury and can be done through direct physical contact or through the use of an object, such as a bat or rock.

Assault is an overt act done with the intent of committing bodily harm where the person has the present ability to inflict harm. This crime can also be committed if a person performs an overt act with the intent of placing the victim in fear of bodily harm, and this results in the victim being fearful. When an assault is committed, it does not include any actual contact or touching.

Who Is Considered a Family Member Under Virginia’s Domestic Assault Law?

The definition of who is considered a family or household member is broad under our Commonwealth’s assault and battery against family member law. It includes:

Police’s Obligation to Arrest in a Domestic Assault Incident

When the police respond to a domestic violence incident, they are required to arrest the predominant physical aggressor when they have probable cause to believe that a domestic assault occurred or a protective order was violated. They have the discretion to make a warrantless arrest.

Law enforcement would determine who the predominant physical aggressor was based on the totality of the circumstances. They would consider who the first aggressor was, prior incidents of domestic abuse, witness statements, observations, and other factors in making their determination. This person may not be the one who started the assault or battery and could be the one who called 911.

Can the Victim Drop the Charges?

In domestic violence cases, the police—not the victim—bring the charges against the accused.

If a victim later wants to drop the criminal charges or have the prosecution stopped, this may not be possible. Because the charges were brought by the Commonwealth of Virginia, the victim cannot make this decision. It is up to the prosecutor to decide whether or not to prosecute.

When Can Domestic Assault and Battery Be Charged as a Felony?

When a person has been convicted of assault and battery against a family or household member or a similar crime two or more times, he can be charged with a Class 6 felony. The convictions must be for separate incidents that occurred within the last 20 years and can be from other states.

You could face these punishments if convicted of domestic assault and battery:

Let Us Help You Build a Strong Defense

Have you been charged with assault and battery against a family or household member? Our experienced criminal defense attorneys are here to explain what you can expect in your criminal case and aggressively defend you so that you achieve the best possible outcome given your situation. Call our Manassas office or start a live chat to schedule your free consultation today.