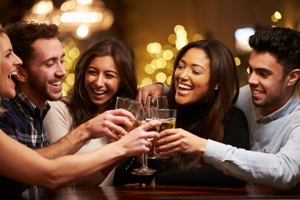 Generally speaking, alcohol affects men and women differently. This is because of genetic differences in body composition as well as hormone levels. Understanding these differences may be helpful in preparing your DWI/DUI defense

Why Gender Can Affect BAC

When you drink alcohol, it is mixed uniformly into all of the fluid inside and outside your cells. This mixing means any given amount of alcohol becomes more highly concentrated in a woman's body than in a man's. Differences in alcohol concentration due to average body composition differences based on gender can be between 16% and 10%, depending on age.

If you're a woman who has been arrested for driving under the influence, you should be aware that breathalyzer and field sobriety tests are designed for men. Breathalyzer testing uses an average man's lung capacity, which is significantly different from a woman's. Law enforcement officers are trained to look for signs of intoxication in men, but often can't accurately assess how a woman's body responds to alcohol.

We Work With You to Fight Your Charges

Working with a skilled defense attorney who understands gender-based differences in the metabolism of alcohol can help you craft a defense that minimizes the impact of a drunk driving charge on your future. T. Kevin Wilson has extensive experience handling DUI/DWI cases in Virginia. Please call to schedule a free, no-obligation consultation or fill out a contact form here.