The Impact of Social Media on Your DUI Case 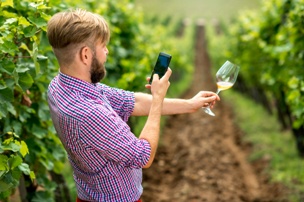 Social media sites such as Facebook, Twitter, and Instagram can be great ways to keep in touch with friends and family or to meet new people. Unfortunately, your posts aren't as private as you might think they are. If you're facing a DUI charge, it's important to be aware that any social media posts may be used as evidence in your case.

How Social Media Evidence Can Be Used in a DUI Case

While you shouldn't discuss the details of your case on social media, keep in mind that past posts can be problematic as well. For example, photos of you drinking or holding alcoholic beverages won't be looked upon favorably as evidence. Statements you make about your activities while intoxicated can be similarly damaging, especially if you have several of these types of posts over an extended time period.

Beyond your own status updates, location information may be of interest to law enforcement. It's becoming more common for social media posts to include location tracking information, which can be used to establish a timeline of events leading up to a DUI arrest. For example, if you checked into three different bars before you were arrested, this can be used to support the claim that you were drinking for several hours.

It's a common misconception that keeping your status updates and photos visible to friends only is enough to protect your privacy. While this is certainly a good start, you can't assume that everyone on your contact list has done the same. Posts that are set to be visible to friends of friends or those where multiple people are tagged can often be viewed by law enforcement with a minimal amount of effort.

Deleted Posts Can Be Recovered

Deleting potentially incriminating posts after an arrest might seem like a good idea, but even this tactic can backfire. It's possible for the police to obtain a subpoena to recover deleted content. If this happens, your attempt to delete the info creates additional problems for your case.

T. Kevin Wilson Can Help You Minimize the Effect of Potentially Incriminating Evidence

After a DUI arrest, it's best to take a social media hiatus to avoid posts that might damage your case. If you're worried about the impact of information you've previously posted, contact Virginia defense attorney T. Kevin Wilson to discuss how to best proceed.