Involuntary and Voluntary Manslaughter Crimes and Penalties in Virginia 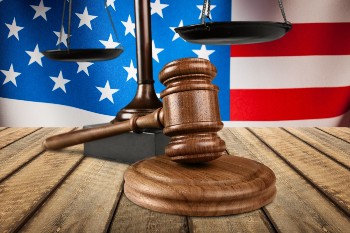 If you have been charged with involuntary or voluntary manslaughter in Virginia, you are facing serious felony charges. You could be sentenced to a lengthy prison sentence and large fines if convicted. However, you may be able to get the charges dismissed or reduced to a less serious offense if you hire an experienced criminal defense attorney to defend you.

Unlike most other states, Virginia defines what constitutes voluntary and involuntary manslaughter through case law rather than statutes. It is often referred to as a crime of passion.

Under our commonwealth’s laws, it is considered voluntary manslaughter to unlawfully kill someone without malice. The killing must have been committed intentionally but without any planning for this crime to have been committed. It is often charged when the accused kills someone after being provoked or in the heat of passion. Examples of when a person could be charged with voluntary manslaughter include:

In addition, the crime of involuntary manslaughter can be charged as aggravated manslaughter if the accused’s conduct was “so gross, wanton, and culpable to show a reckless disregard for human life.”

Penalties for Voluntary and Involuntary Manslaughter

Because voluntary and involuntary manslaughter are violent crimes, they are punished harshly in our commonwealth. Both are charged as a Class 5 felony. However, the punishments are slightly different for each offense. If convicted, an individual could be sentenced as follows:

Are you or a loved one facing voluntary, involuntary, or aggravated involuntary manslaughter charges in Virginia? You may have strong defenses that could result in the charges being dismissed or reduced to a less serious offense—even if you believe you are guilty.

Our knowledgeable criminal defense lawyers are here to explain what you can expect to happen in your criminal case and to mount an aggressive defense strategy to help you achieve the best possible outcome. To learn more about how we can assist you, call our Manassas office at 888-DUI-LWYR, start an online chat, or complete our convenient online form to schedule your free initial consultation today.