Kidnapping and Abduction Are Serious Offenses in Virginia

Abducting another individual is a serious criminal offense in Virginia. Under our Commonwealth’s laws, abduction and kidnapping are considered the same crime.

You could be sentenced to a lengthy prison sentence and a large fine if you are convicted of abduction. Hiring an experienced criminal defense lawyer is essential if you want to try to get the charges against you dismissed or reduced to a lesser offense.

What Is Abduction in Virginia?

Kidnapping is a violent crime in our state and is often charged as a felony. Under Virginia Code §18.2-47, it is considered abduction to use force, intimidation, or deception to seize, take, transport, detain, or secrete another individual. The accused must have intended to deprive the victim of their personal liberty or conceal them from another 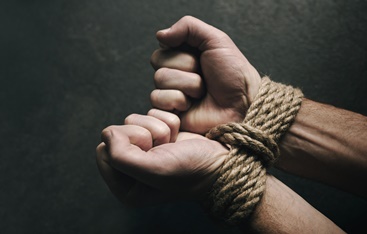 person, authority, or institution that is lawfully entitled to the victim’s charge.

Under this law, it is also against the law to use force, intimidation, or deception to seize, take, transport, or detain the victim with the intent to subject them to forced labor. Intimidation can be defined as either of the following:

A person accused of abduction does not need to move the victim for the crime to have been committed—it can be charged in many scenarios. For example, it can involve domestic assault and battery where the victim is locked in a bathroom or bedroom. It can also be charged when somebody is grabbed and held against their will or a passenger is not allowed out of a vehicle. Another common situation where a person could be arrested for kidnapping is if a person is detained as part of a robbery.

Abduction is a Class 5 felony in Virginia. If convicted, a person’s punishment could include up to 10 years in prison and a fine of up to $2,500.

Under Virginia Code §18.2-47, a parent who kidnaps their child in violation of a court order could be charged with a Class 1 misdemeanor if they remain in Virginia. The sentence can include a jail sentence of up to one year or a fine of up to $2,500, or both.

If the child is taken out of the state of Virginia, the crime would be a Class 6 felony. The abducting parent could be sentenced to up to five years in prison, a fine not to exceed $2,500, or both.

Kidnapping With the Intent to Extort Money or for Immoral Purposes

The charge can be much more serious if the offender is accused of abducting someone with the intent to extort money or for immoral purposes. Virginia Code §18.2-48 makes it a crime to:

Class 2 felonies are punishable by 20 years to life in prison and a fine of up to $100,000. If the accused is convicted for anything other than extortion of money or other pecuniary gain, they will be subject to a suspended sentence of at least 40 years, as well as their active sentence if it does not include a punishment of life in prison.

Have You Been Charged With Abduction in Virginia?

If you were arrested for kidnapping in Virginia, our knowledgeable criminal defense legal team is here to explain the charges to you and mount an aggressive defense strategy. Even if you believe you are guilty, defending yourself can result in a favorable outcome for you. To learn more about how we can assist you, start a live chat or fill out our convenient online form to schedule a free initial consultation today.