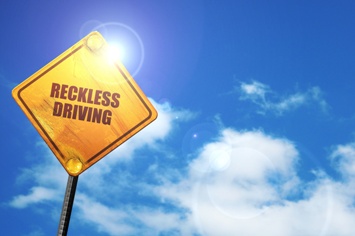 If you are pulled over for reckless driving in Maryland, you are not just receiving a minor traffic ticket—you are being charged with a serious criminal offense. If you are convicted, you face harsh penalties and will have a permanent criminal record. However, an experienced reckless driving attorney can mount a strong defense for you that may result in the charges being dismissed or reduced to a less serious offense.

What Is Reckless Driving in Maryland?

It is considered willful to engage in intentional or purposeful conduct. Wanton disregard means that a person understood the consequences of his conduct but chose to ignore them.

What Is Negligent Driving?

Negligent driving is a lesser included offense under the reckless driving statute. It is also a misdemeanor offense. A person can be found guilty of negligent driving if he is driving a motor vehicle in a careless or imprudent manner that endangers a person’s life or property.

Penalties for Reckless Driving and Negligent Driving in Maryland

The penalties for reckless driving are more severe than for negligent driving. For both, the punishment is slightly less serious if you plead guilty rather than raise defenses in court. However, this may not be in your best interests if you have strong defenses to the charges you face. Here are the potential sentences for these crimes.

If you plead guilty, your punishment would be a scheduled fine of $510. If you take your case to court, the judge can sentence you to a fine between $510 and $1,000. In addition, six demerit points would be added to your driving record. If you accumulate eight or more demerit points within a two-year period, your driver’s license could be suspended.

The scheduled fine pleading guilty to negligent driving is $140, which can be increased to up to $500 if your case goes to court. You would also have three demerit points added to your driving record.

What Is Wet Reckless?

If a person is charged with DUI in Maryland, he may be able to enter into a plea bargain where the charges are reduced to reckless driving. When this occurs, it is called “wet reckless.”

In addition to the serious penalties you face, there would be long-term consequences if you were convicted of or pled guilty to reckless driving or negligent driving. Your insurance costs could increase dramatically. In addition, you would have a permanent criminal record that can affect your ability to obtain employment, housing, and more.

Our skilled legal team understands the ramifications a reckless driving or negligent driving arrest can have on your life. We can help you build a strong defense strategy so that you achieve the best outcome given your situation. To learn more about your options and how we can assist you, start a live chat to schedule a free consultation today.