Rape Offenses and Consequences in Virginia

Rape is a serious crime in Virginia. Like domestic assault and battery, the charges can be complicated because the victim and individual accused of rape may know 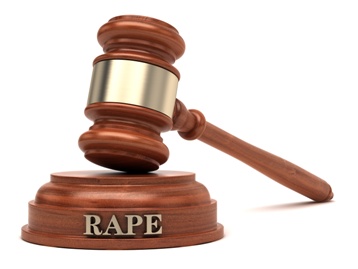 each other and can live in the same household.

If you are convicted of rape, you could face harsh punishments that may include decades in prison. In addition, you could have to register as a sex offender. To avoid these harsh penalties, you need to retain an experienced criminal defense lawyer immediately to help you develop a strong defense strategy to fight the charges you face.

What Is Rape in Virginia?

What Are the Penalties for Rape?

Rape is a felony offense in the Commonwealth of Virginia. If a defendant is convicted of rape, the punishments are harsh. They could be sentenced to a minimum of five years to up to life in prison. The mandatory minimum sentence increases to 25 years if the victim is under 13 years old and the perpetrator is more than three years older than the victim. If an adult is convicted of raping a victim under 13 years old, they could be sentenced to a mandatory sentence of life in prison.

In addition, a person convicted of rape could be required to register with the Virginia Sex Offender Registry for the rest of their life. This can limit their ability to find housing and employment and could affect their custody rights to their children.

Under our state’s rape law, an individual can be convicted of rape when the victim is their spouse. However, the penalties can be different. The perpetrator can be placed on probation and ordered to undergo counseling or therapy if they have not been charged with rape in the past and their spouse agrees to it.

The criminal case would be dismissed upon successful completion of probation. If the defendant violated the terms of probation, they could face the same penalties as someone who was convicted of raping someone that was not their spouse.

There are other offenses that are similar to rape that an individual can be charged with committing in Virginia. They include:

If an individual is convicted of any of these crimes, they face the same severe penalties as for a rape conviction.

Have you been charged with rape or another sex crime in Virginia? You must take these charges seriously given the lengthy prison sentence and other harsh consequences you face.

Fortunately, you may have defenses to the charges you face even if you are guilty. If your defenses are strong, this may result in the criminal charges against you being dismissed or reduced to a less serious offense with much less severe punishments. To learn what you can expect in your criminal case and how our knowledgeable criminal defense lawyers will aggressively defend you, call our Manassas office or start a live chat to schedule your free initial consultation today.