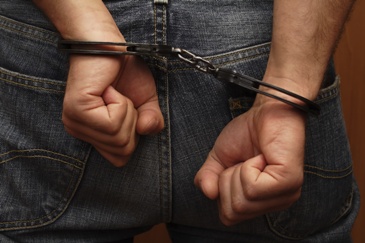 The consequences you face can be harsh if you are charged with resisting arrest or assault on a police officer in Virginia. Unfortunately, you can be charged with these crimes even if you did nothing wrong, especially during times of social unrest and protests—which is becoming more and more common in our community.

If you were charged with either of these offenses, you cannot take your situation lightly. You may be facing a mandatory minimum prison sentence. However, you may be able to get the charges dismissed or reduced to a less serious offense that does not carry any jail or prison sentence with the help of an experienced criminal defense lawyer.

It is against the law to resist or attempt to resist being arrested in our state. It can be charged when a police officer informs an individual physically or verbally that they are under arrest, and the person does something to avoid being taken into custody. Many actions can be perceived as resisting assist. The actions can be as overt as running away, to a potentially innocent action such as moving away from the law enforcement official.

Under Virginia Code § 18.2-460-E, a person can be found guilty of resisting arrest if they intentionally prevent or attempt to prevent a police officer from arresting them. The arrest can be with or without a warrant. The resistance can occur in a large group or protest setting or when an individual is alone and stopped by the police.

Preventing or attempting to prevent an arrest is defined under the law as fleeing from a law enforcement official when the following conditions are met:

Resisting arrest is a Class 1 misdemeanor. If convicted, a defendant can be sentenced to up to 12 months in jail and a fine not to exceed $2,500.

Another common offense that the police charge individuals with in relation to resisting arrest is assault on a police officer. Like resisting arrest, a person can find themselves charged with this crime for innocent acts that are misperceived in a large protest where the police are using force, which can be excessive, to disperse the crowd. It can also be charged at other times, such as during a routine traffic stop.

Assault on a law enforcement officer is an assault and battery crime. In Virginia, battery is simply the unlawful touching of someone in a rude, insulting, or angry way and does not have to involve personal contact. It can be done through the use of an object or throwing an object, such as a bottle, at someone. Assault can involve a failed attempt to commit a battery or putting someone in reasonable fear of a battery.

Under Virginia Code § 18.2-57, assault on a police officer is charged as a Class 6 felony and not as a misdemeanor such as in assault and battery cases involving private citizens. A person can also be arrested for assaulting other government officials, such as judges, firefighters, volunteer firefighters, rescue squad personnel, and corrections officers.

If convicted, the punishment is harsher because it would be a felony conviction. The sentence may include:

Let Us Help You Fight the Charges You Face

Were you arrested for resisting arrest or assaulting a police officer? Were you lawfully protesting at the time of your arrest? You may have been charged with other offenses as well. Our skilled criminal defense legal team can mount an aggressive defense to the charges you face so that you achieve the best possible outcome given your circumstances.

Schedule a free consultation to learn about how we can defend you. Call our Manassas office or fill out our convenient online form on this page to schedule your appointment today.