You Can Face Harsh Punishments If Convicted of DUI in Virginia

Like other states, Virginia considers drunk driving a serious offense and aggressively prosecutes this crime. You face harsh consequences and the long-term consequences of having a permanent criminal record if you are convicted.

However, you should not just plead guilty—even if you know you were driving after consuming alcohol or drugs. Instead, you need to immediately hire an experienced DUI lawyer who can mount an aggressive defense strategy that could result in the charges being dismissed or reduced to a less serious offense.

What Is DUI in Virginia? 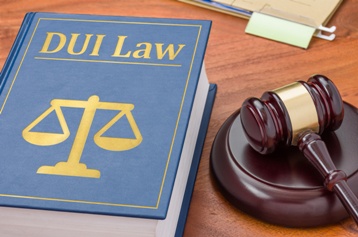 Driving under the influence (DUI) and driving while intoxicated (DWI) are used interchangeably and are basically the same offense in the Commonwealth of Virginia. There are a number of ways an individual can violate the DUI law in our state. Under Virginia Code §18.2-66, a person can be arrested for DUI or DWI for doing the following:

Some individuals can be charged with DUI or DWI with a much lower BAC. They include:

Penalties for DUI in Virginia

DUI and DWI can be charged as a misdemeanor or felony depending on whether this is a first offense or a repeat conviction. All carry strict punishments if you are convicted. In addition, you would have a permanent criminal record that could limit your ability to obtain employment, housing, education, and more.

A first offense DUI or DWI would be charged as a Class 1 misdemeanor. You could face these punishments if you plead or are found guilty:

A second DUI or DWI charge is also a Class 1 misdemeanor offense. You may be sentenced to the following:

A third or subsequent charge of DUI or DWI would be a Class 6 felony. The punishments you would face would be harsher and could include:

Contact Us If You Have Been Charged With DUI or DWI

If you have been charged with DUI or DWI in Virginia, our skilled DUI attorneys are here to help you. You may have strong defenses to the charges you face—even if you are guilty—that we can use to defend you so that you achieve the best possible outcome. Call our office or start a live chat today to learn how we can assist you and about our track record of success in defending other clients facing these charges.