Evidence That Could Be Used Against You If Charged With DUI 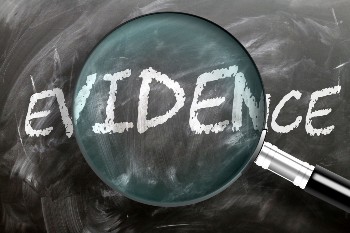 DUI is a serious criminal offense, and you would face harsh punishments if you are convicted of this crime in Virginia. One way that you may be able to fight the charges you face is to mount an aggressive defense strategy.

To decide which defenses you have, you need to understand the types of evidence the prosecutor may use in your criminal case. In addition, you should retain an experienced DUI lawyer immediately after your arrest to defend you if you want to achieve the best possible outcome.

What Is DUI in Virginia?

Driving Under the Influence (DUI) and Driving While Intoxicated (DWI) are identical crimes in Virginia. The most common violations of our state’s DUI laws are:

What Types of Evidence Can Be Used to Convict Someone of DUI?

Unless a person decides to plead guilty, they would be entitled to a trial by a jury or judge to decide whether they are guilty of DUI. The prosecutor must prove their case beyond a reasonable doubt, which is a very high burden of proof. The prosecutor could use these types of evidence to attempt to convict the individual.

Physical evidence is often called an exhibit at a criminal trial. Common types of physical evidence used in DUI cases include open containers of alcohol found in a person’s vehicle when pulled over for DUI and lab test results.

Another common type of evidence prosecutors use is the testimony of law enforcement officials and eyewitnesses. The police officer would testify about their observations when stopping and arresting the individual. They would discuss the driving behaviors that led them to pull the person over, such as speeding, weaving between lanes, or not stopping at a traffic light or stop sign. They would also testify to other evidence of intoxication they observed, like bloodshot eyes, slurred speech, or the smell of alcohol on the person’s breath.

The prosecutor could also call eyewitnesses who witnessed a person’s erratic driving before they were arrested to testify. If the individual was drinking at a bar, social event, or someone’s house, individuals who saw them consuming alcohol could also testify.

If the individual made incriminating statements before or after they were arrested, the prosecutor could use their statements against them in court.

If an individual took any field sobriety tests (FST), the test results could be admitted as evidence against them at trial. The most common FST are:

In Virginia, a driver impliedly consents to submit to a breathalyzer test or a blood test to measure their BAC if they are arrested for DUI. The test results would be strong evidence that the prosecutor would present to try to convict them.

Law enforcement officials could have recorded an individual’s driving behaviors before pulling them over or their arrest on a dashcam. The use of dashcams is becoming more common in Virginia. If there is any video footage, the prosecutor would use this evidence to convict someone of DUI.

If you have been charged with DUI, you may have strong defenses and challenges to the prosecutor’s evidence against you—even if you are guilty. Our skilled DUI lawyers are here to explain the possible defenses to you and mount a strong defense strategy to fight the charges you face. Order our free book, The Virginia DUI/DWI Survival Guide, and call our Manassas office at 888-DUI-LWYR or fill out our convenient online form to schedule your free initial consultation today to learn more about how we can assist you.