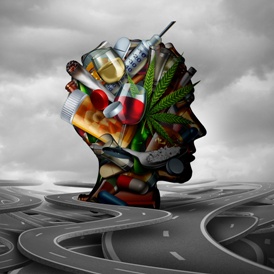 Driving under the influence of drugs is a serious crime like driving under the influence (DUI) or driving while impaired (DWI) in Maryland. The drugs that you consumed do not have to be illegal for you to be charged with this crime. However, there may be strong defenses that you can raise that can result in the charges against you being dismissed or reduced to a less serious offense.

Penalties You Face for Driving Under the Influence of Drugs

There are two separate driving under the influence offenses in Maryland under Maryland Code Section 21-901. The penalties for each are as follows:

Defenses That May Help You Fight DUI Drug Charges

Like other criminal cases, you may be able to raise constitutional challenges to your arrest, such as if there was no probable cause to stop you, challenges to the drug testing procedure, and other defenses to a DUI drug charge. A few that are specific to these cases include:

Have you been charged with driving under the influence of drugs in Maryland? You need an experienced DUI lawyer to mount an aggressive defense strategy to fight the charges if you want to achieve the best outcome possible. To learn about my extensive experience in these cases and how I can help you, start a live chat to schedule your free consultation today.