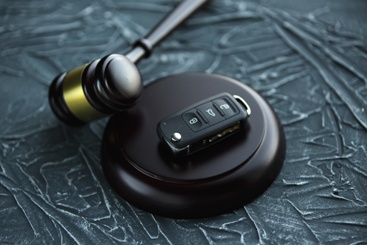 As in other states, it is illegal to drive when intoxicated in Maryland. If you are arrested for drunk driving, you could be charged with driving while impaired (DWI) or driving under the influence (DUI). Both are serious offenses, and you face harsh punishments, such as a jail sentence and fines, if you are convicted. However, you may be able to fight the charges with the help of an experienced DUI attorney.

When Impairment May Be Presumed Under Maryland Law

Under Maryland Code Section 10-307, there are certain presumptions of intoxication or lack of it depending on a person’s blood alcohol content (BAC). They are as follows:

Maryland Code Section 91-202(B)) makes it a crime to drive while intoxicated. However, a DWI charge is a less serious offense than DUI. A person can be charged with this offense if he exhibits signs of impairment, but his blood alcohol content (BAC) is below 0.08 percent. As noted above, there would be a presumption of DWI if his BAC is between 0.07 and 0.08 percent.

The punishment for DWI is not as harsh as for a DUI conviction. The sentence will be dependent on the number of convictions for DWI or DUI a person had in the last 10 years. The potential penalties include:

Maryland Code Section 91-202(A) makes it a per se DUI offense to drive with a BAC of 0.08 percent or higher. This means that the prosecutor does not need to prove other indications of intoxication for a driver to be convicted of DUI.

As with DWI, a person’s sentence will depend on how many prior DWI or DUI convictions he had within the last 10 years. The punishments are as follows:

If the individual was convicted of DUI or DWI within the last five years, there is a minimum jail sentence of five days which would be increased to 10 days for two prior convictions. He may also be required to complete an alcohol and drug assessment.

The suspensions can overlap if there are multiple grounds for suspending a driver’s license from one incident. If a driver’s BAC was under 0.15 percent, he may be able to obtain a restricted license if he installs an interlock device on his vehicle.

If you have been arrested for DUI or DWI in Maryland, you need an experienced DUI lawyer to develop a strong defense strategy so that you achieve the best possible outcome. Take advantage of my offer of a free consultation to learn about my extensive experience helping clients facing these and other serious charges and your options. Call my office to schedule your appointment today.