You could face harsh penalties, such as a jail sentence, large fine, and suspension of your driver’s license if you are convicted of DUI in Virginia. However, the Virginia legislature has enacted new laws that could have a significant impact on your criminal case. Here are four important laws that you need to know about.

In July 2020, a new law went into effect that can make it easier for individuals convicted of DUI for the first time to drive without license restrictions. Under the old law, you might have been able to obtain a restricted license for 12 months, but it would only allow you to drive for essential purposes, such 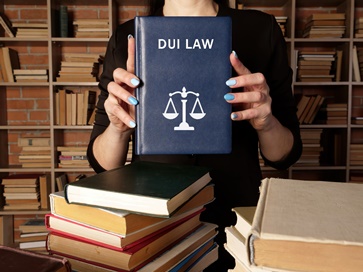 as to get to work, school, medical appointments, and court hearings.

Under the new DUI law, your license would still be restricted for 12 months. However, you may be able to obtain a restricted license that allows you to drive for any reason during this time period. In order to qualify for this type of restricted license, you must meet the following requirements:

In addition, under another law that went into effect on July 1, 2021, other individuals—including repeat offenders—may be eligible for a restricted license if they agree to install an interlock ignition device, not consume alcohol, and complete a VASAP program, which involves taking alcohol safety classes and following other requirements.

Restricted License for Refusal to Take a BAC Test

If you refuse to take a blood or breath test after you are arrested for DUI, you could be convicted of violating Virginia’s implied consent law. Your driver’s license would be suspended for one year. However, you can now request a restricted license 30 days after your conviction if you complete the VASAP program and agree to install an interlock ignition device on your vehicle.

Under another new law, you could be charged with a Class 1 misdemeanor and have your driver’s license revoked in certain circumstances after being convicted of DUI. They include:

Circumvention of an Interlock Ignition Device

If you tamper with or try to circumvent an interlock ignition device, you could now be charged with a Class 1 misdemeanor. If convicted, you could be sentenced to up to 12 months in jail and a fine not to exceed $2,500. In addition, your criminal case would be decided by the same judge as in your DUI case—which could lead to harsher punishments.

Do you have other questions about how these new laws could help you? Were you charged with DUI in Virginia? Start a live chat to schedule a free consultation with our experienced DUI lawyers in Manassas to learn how we can assist you.